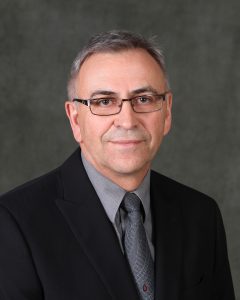 Mr. MacIntyre has extensive knowledge in the areas of Real Estate, Wills and Estates, and Corporate/Commercial law.

Mike has always resided in Westlock. He has made valuable contributions to the success of the Westlock Recreation Society, the Royal Canadian Legion, Red Lions Baseball Club, and the Westlock & District Community Hall Society. Mike enjoys golfing, traveling, and quality time with family.

Mr. Keyes has extensive trial experience in the areas of Civil litigation, family disputes, and Criminal Defence. He has succeeded in obtaining acquittals before juries and obtaining favourable results before completion of the the litigation process. Mr. Keyes has been successful in achieving excellent outcomes from commercial and family disputes.

David enjoys hiking, sports, camping, cross-country skiing, and spending quality time with his family. He has supported Scouts Canada for years,  and has most recently been involved with Canadian Parents for French. 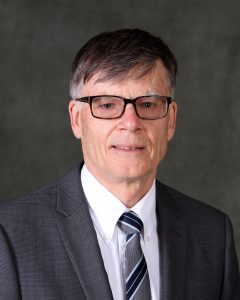 Mr. Lennon came to Westlock to begin his legal career in 1982 under the mentoring of Blaine Logan.  Mr. Lennon later co-founded Logan & Lennon in 1984.

Mr. Lennon has appeared before all levels of court in Alberta. Mr. Lennon has run hundreds of criminal trials and consistently obtains favourable results with early resolutions. In 2017, Mr. Lennon ceased to be a Partner and fully retired at the end of 2020.

Bruce enjoys vacationing, golfing, and visiting with his children and grandchildren. 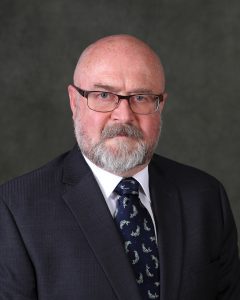 Mr. Barlow studied at the University of Alberta, earning a Bachelor of Science (Agriculture) in 1976 and a Bachelor of Laws in 1981.

Mr. Barlow began his legal career in downtown Edmonton until relocating to Westlock in 1985 to co-found Gerlach Barlow with his wife Maxine Gerlach—a native of Rochester, Alberta.

Over the years, Mr. Barlow has drafted thousands of Wills. Mr. Barlow is very knowledgeable of Estate Administration and resolving complex issues arising from competing property interests, trusts, and transferring land.In 2017, Mr. Barlow ceased to be a Partner and fully retired in 2019.

For decades, Ray has contributed enormously to the Town of Westlock as an active Rotarian. Ray enjoys camping, hunting, fishing, traveling, and spending time with his wife and extended family.